ACROSS THE GREAT DIVIDE

Fiddle and vox only

THE NIGHT THEY DROVE OLD DIXIE DOWN

UP ON CRIPPLE CREEK

DON’T YOU DO IT

Danny and all vox


This Wednesday - Tributosaurus Becomes THE BAND

There’s a moment in “The Last Waltz,” the amazing documentary about the final concert by THE BAND, when Martin Scorsese asks Levon Helm about the musical landscape in his home state of Arkansas. Levon says “bluegrass and country music…if it comes down into that area and if it mixes there with the rhythm and if it dances, then you've got a combination of all that music.”  Scorsese asks what that’s called. And Levon simply says “Rock and Roll.”

Come join us as we play Rock and Roll on December 5th at Martyrs, for 2 shows as The Band.  For some of us, this is as good as music gets.  Deep, deceptively simple grooves, soulful harmony vocals, layered keyboard excellence, great lead guitar, and much more.  We’ll draw heavily from the self-titled 2nd album, hit the debut “Music From Big Pink,” and give you a few versions from the Waltz itself.  There will also be a couple Levon Helm solo tunes as an added bonus and belated homage.

Certain bands stand, even decades later, as emblems of the best music can aspire to.  Come enjoy The Band with us. 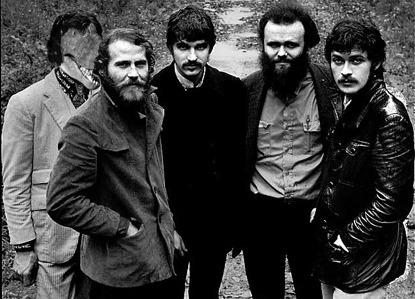 Other Upcoming Shows On Sale Now...

Tributosaurus Does THE BEATLES - THE RED ALBUM